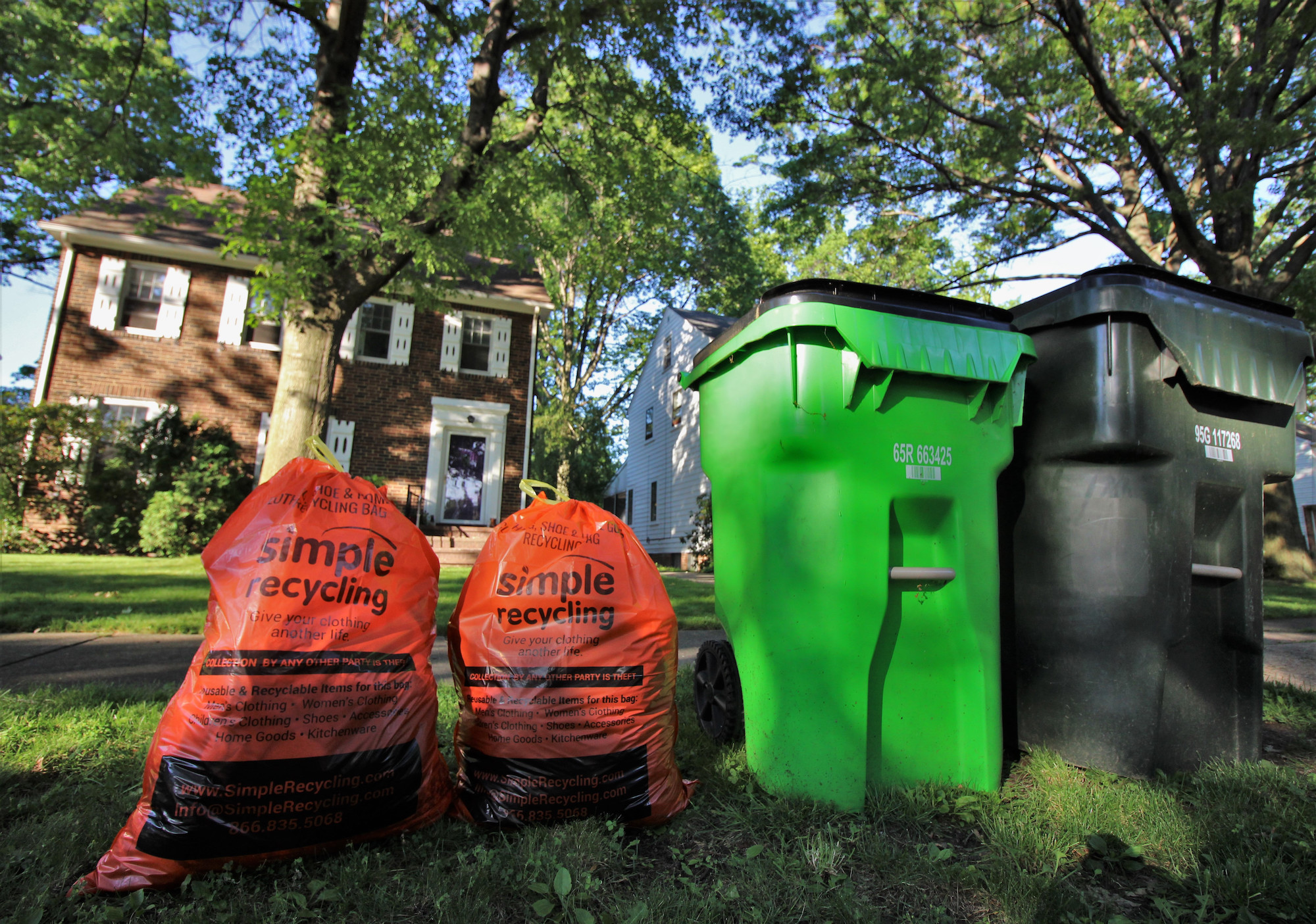 'Recycling never goes out of style': Find new uses for your old clothes

This story was originally published on the Detroit Free Press.

Behold those pit-stained T-shirts, socks with holes in the heels and out-of-style paisley-patterned dress shirts taking up space in your closet.

If ever there was a scenario where the cliché “one person’s trash is another person’s treasure” was applicable, this is it.

“There is a value for most of even the rattiest of textiles that people tend to discard,” said Michael Csapo, general manager of the Resource Recovery and Recycling Authority of Southwest Oakland County (RRRASOC), which manages recycling programs in nine metro Detroit communities.

Unfortunately, much of that value is never realized, even though charities and other collection organizations can find use for virtually any old piece of clothing, Csapo notes. According to the U.S. Environmental Protection Agency, 85% of textiles end up in landfills, and a 2018 study determined that clothing is one of the world’s fastest-growing waste streams.

Recycling advocates throughout Michigan are working to reverse that trend.

“Fashions might come and go, but reducing the amount of material that enters landfills never goes out of style,” said Emily Freeman, recycling specialist in the Material Management Division of the Michigan Department of Environment, Great Lakes, and Energy (EGLE).

In June, EGLE launched “Know It Before You Throw It,” a campaign to improve both the quality and quantity of recycling in Michigan.

With the Recycling Raccoon Squad serving as campaign ambassadors, EGLE aims to inform Michiganders about best recycling practices while doubling the statewide recycling rate to 30% by 2025 and ultimately reaching 45% annually.

Although rules often vary by community, textiles are typically not accepted by traditional curbside recycling services, including RRRASOC.

Old clothing is, however, a welcomed and important revenue stream for Michigan charities that collect donations at drop-off facilities.

And when it comes to textiles, there’s one overriding message recycling specialists want to deliver: Leave the sorting to us.

“The trickiest part is educating people that we really don’t care about the condition of their clothing that they want to give us, as long as it’s clean and dry,” said Nick Carlson, vice president of donated goods operations at Goodwill Industries of Greater Grand Rapids and a director of the Michigan Recycling Coalition. “We ask them not to edit their donations. Trust us to get everything into the proper market.”

Although technology for turning old clothes into new garments is advancing rapidly, at this time it’s more a matter of reusing textiles than technically recycling them.

But like recycling, reusing also offers environmental and economic benefits.

The EPA estimates that textiles — mostly clothing but also items such as carpeting, furniture, sheets and towels — account for 8% of material going into landfills, providing a significant opportunity to conserve space.

“It’s also one of the higher-value items that goes into the waste stream,” said Adam Winfield, founder and president of Simple Recycling, a for-profit Ohio-based company that provides curbside textile collections in 30 Michigan communities — primarily in metro Detroit but also in Lansing and East Lansing.

Goodwill Industries of Greater Grand Rapids, for example, in 2018 turned the 600,000 individual donations it received into $25 million in revenues from sales at its network of retail outlets, Carlson said. The proceeds went toward funding the charity’s various skills training and rehabilitation programs.

There’s also a personal perk to donating clothing. Taxpayers who itemize can claim a charitable deduction on their federal tax returns.

There are essentially four markets for the used clothing that is collected by Simple Recycling and charities such as Goodwill.

Although figures can fluctuate, typically between 10% and 20% is considered top quality and is resold by American thrift stores.

The vast majority, however, is not resalable in the U.S. and is further sorted for international export or broken down for raw materials.

As much as 45% of the total collected is exported as secondhand clothing. Roughly 30% is converted into wiping rags for industrial or residential use, and around 20% is recycled into post-consumer fiber that goes into products such as home insulation, carpet padding or sound-deadening material for automobiles.

Only about 5% ends up as waste, Winfield said. “So you can see, clothing is a category of material that is highly recyclable and easily repurposed,” he said. “Our slogan is ‘Let your clothing be loved again.’”

It was the lack of love shown to used apparel that gave rise to Simple Recycling, which test-marketed its concept in 2014 in South Lyon and Wixom, members of RRRASOC.

Usually, people must drop off their old garments at collection sites operated by charities or during special events staged by municipalities — an extra step that largely explains why most clothing is simply thrown in the trash, Csapo said.

Winfield figured that more residents would take the time to bundle clothing for reuse or recycling if they were offered the convenience of free curbside pickup — and the numbers have borne that out.

Simple Recycling now serves 250 communities in seven states, and in 2018, it collected 183 tons of material among the nine RRRASOC communities alone, which, beyond South Lyon and Wixom, are Farmington, Farmington Hills, Milford, Milford Township, Novi, Southfield and Walled Lake.

On residents’ standard recycling pickup days, Simple Recycling trucks follow behind RRRASOC vehicles to collect the clothing set out in bags supplied by the company and drop off additional bags for further collections.

“We make it simple and convenient,” Winfield said, adding that the service is free to communities. In fact, for every ton of materials it collects, Simple Recycling pays $20 to municipalities, which also benefit by sending less waste to landfills and therefore paying fewer fees.

Both Winfield and Csapo stress that Simple Recycling is meant to supplement, not replace, charitable giving.

“First and foremost, we want residents to donate clothing to charities,” Csapo said.

Said Winfield: “We’re after that 85% that otherwise would get thrown away, not the 15% that is donated to charities.”

Actually, Csapo said, there’s at least anecdotal evidence that charitable donations of clothing increase in areas where Simple Recycling operates because residents become educated about the market for old textiles.

“Folks see there’s an opportunity to make sure things go back into the value chain instead of into the trash,” he said.

“Looking at it as a member of the Michigan Recycling Coalition, anything that improves sustainability, I’m in favor of. But I’d really urge people to first consider donating their old clothes to a local charity because that helps boost the local economy,” he said, adding, “Material donations are the lifeblood of Goodwill.”

Do NOT follow this link or you will be banned from the site!