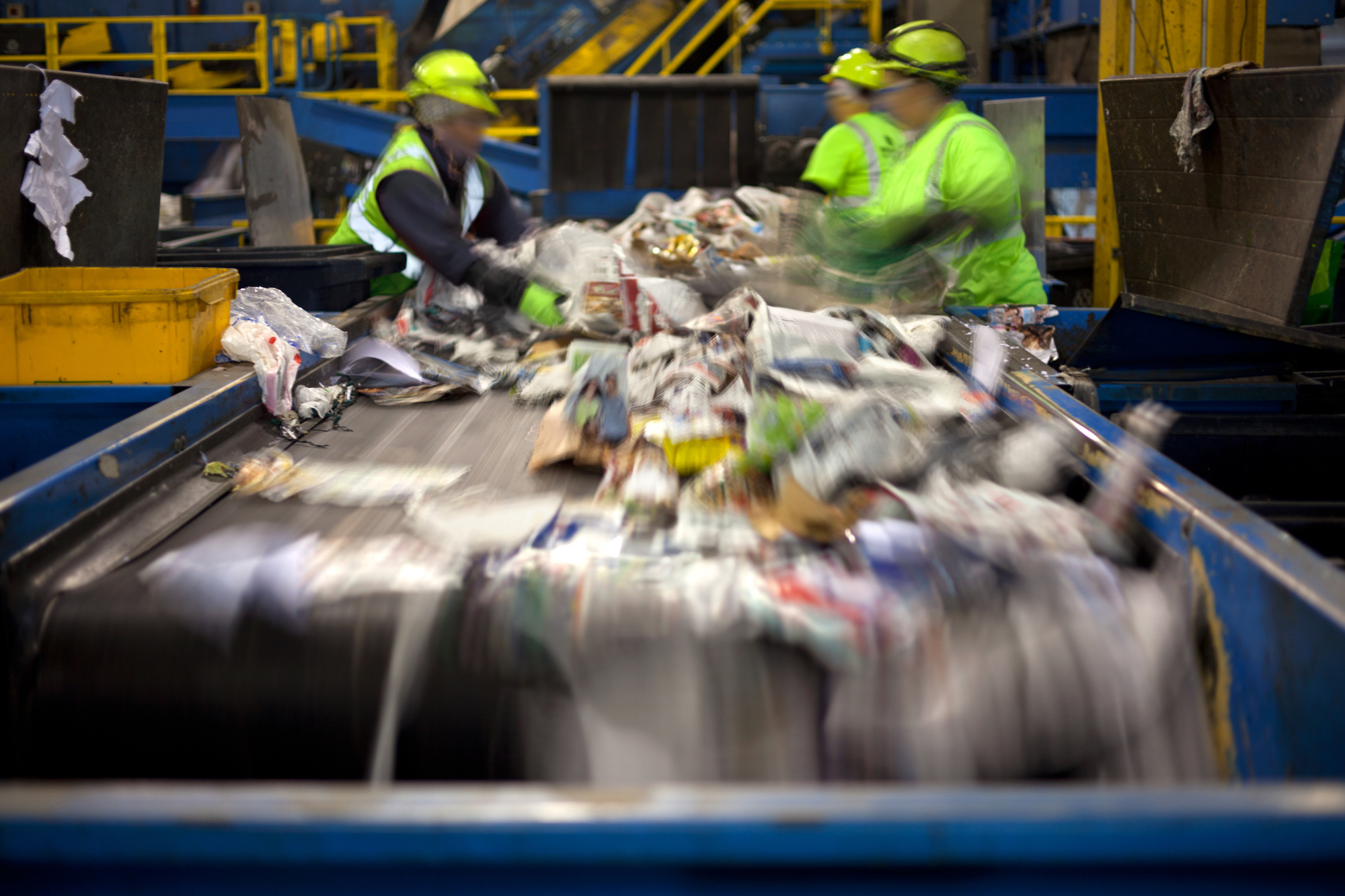 Recycling industry will be key to building back Michigan economy

The COVID-19 pandemic has magnified the importance of recycling in Michigan and put a greater emphasis on increasing the quality of the state’s recyclable materials for end-market use.

“Recycling has always been environmentally and economically important, but market shifts in the wake of the pandemic have made it even more so,” said Matt Flechter, recycling market development specialist for the Michigan Department of Environment, Great Lakes, and Energy (EGLE). “The consequence of less recycling by businesses is that fewer recyclables are in the supply chain for paper companies to make products such as cardboard boxes and toilet paper.”

Ultimately, this is a call to action that will have a wide-ranging economic impact in the state of Michigan.

“When you hear about recycling, you mostly hear about how it’s good for the environment,” Flechter said. “But recycling can boost job growth in Michigan and make us a beacon to attract talent from around the world.”

EGLE’s “Know It Before You Throw It” campaign is aimed at increasing the state’s recycling rate from 15%, currently the lowest in the Great Lakes, to 30% by 2025. The goal is to eventually reach 45%, and according to the report, the economic impact of achieving that would support 138,000 new jobs in Michigan’s recycling, reuse and recovery (RRR) sector. That increase would also provide $9 billion in annual labor income and $33.8 billion in economic output.

Moreover, at that rate, the RRR industry would account for 3.3% of Michigan’s total economic output, overtaking both transportation and tourism volume. Put another way, if all direct or indirect RRR sector jobs were in the same city, they would create the third-largest municipality in the state. And that’s all based on materials that enter the recycling stream rather than go into a landfill.

“It’s important to recognize that the items we discard on a weekly basis from our homes represent resources,” said Mike Csapo, general manager of the Resource Recovery and Recycling Authority of Southwest Oakland County (RRRASOC). “Those materials can be part of an economic equation that feeds a critical supply chain for manufacturing. And that means jobs.”

“For every job that can be generated by throwing something away, 10 more can be created in the supply chain to repurpose that material,” Csapo said. “When we have systems in place that can treat recyclable items in a way that allows for continued value-added activity, we’re playing an important role in keeping the engines of the economy running.”

In Muskegon County, for example, the Goodwill LifeLaunch: Ignite Reentry Program recently launched with the aim of introducing new workers to careers in recycling and other manufacturing professions.

The two-year program is a partnership between Goodwill Industries of West Michigan and Padnos Recycling and Scrap Management, and it consists of two parts: recycling certification training for young adults who have had interactions with the criminal justice system, and a more rigorous system of diverting recyclable materials – such as packaging and electronics – from landfills. The goal is to grow the supply of recycled materials for high-demand markets, reduce recycling costs, increase market participation and – crucially – create jobs.

“This program can connect these individuals with marketable skills and give them work experience,” said Dina Butler, program manager at Goodwill of West Michigan. “We want to be able to help them set future goals and give them the skills training to get a good job or continue their education.”

EGLE sparked the Ignite program with a $200,000 Recycling Market Development grant, which served as a catalyst to the more than $820,000 in funding that came from the U.S. Department of Labor’s Employment and Training Administration. The Department of Labor grant is part of a $4.5 million grant that is being shared with Goodwill organizations in Pittsburgh, Atlanta and Louisville. The EGLE and federal money covers 93% of the program’s operating costs, with Goodwill itself contributing the remaining $325,000.

Goodwill, a nonprofit known mostly as a place to sell and purchase used clothing and home furnishings, provides job training, employment placement services and other community-based programs benefiting those who may face barriers to employment. It also has a well-honed recycling program ingrained into its structure.

Butler said Ignite is set to run through December 2022 (with a one-year follow-up period), and although the first batch of cohorts is only four, eventually she sees 100 more being part of the first wave.

“Ultimately, we hope this becomes a self-sustaining program that will continue long after the grant ends,” Butler said.

As part of the program, Muskegon Community College will host a 10-week manufacturing training course, during which participants will also engage in work training at Goodwill. The goal is to give participants “transferrable skills,” such as blueprint reading, manufacturing machinery operation and supply chain management experience. Once training is over, these individuals will then be paired with manufacturing positions around the state where they can put their new abilities to work.

A legacy of recycling benefits

The history of the recycling movement has its origins right here in the Wolverine State – fittingly, in Ann Arbor, the home of the University of Michigan Wolverines. The nation’s very first curbside recycling program got its start there in 1978.

Three years later, a similar program started in New Jersey, and throughout the ’80s curbside programs popped up around the country and the number of drop-off stations grew. However, it wasn’t until 1987, when a shipping vessel loaded with 3,100 tons of trash from New York City was refused by every port it neared, that the United States welcomed a national conversation about waste issues.

“That really helped people visualize the trash problem we were facing, and it led to the creation of recycling programs and legislation that continue to this day,” Flechter said. “This is an environmental issue above, beyond and before an economic issue.”

Investment in innovation continues today with projects like EGLE’s NextCycle Michigan initiative, which aims to develop waste and recycling recovery projects that will grow the state’s recycled materials supply chain and end markets. The initiative recently named 17 inaugural partners who are committed to job creation and industry growth by recovering materials destined for the landfill.

“So we have to really ask ourselves,” Flechter said, “do we want to extract new materials and process them into something and then just put it in a hole in the ground, or do we want to keep using those materials and, in doing so, create jobs right here in Michigan? Recycling is important not just to Michigan’s environment, but also its economy.”