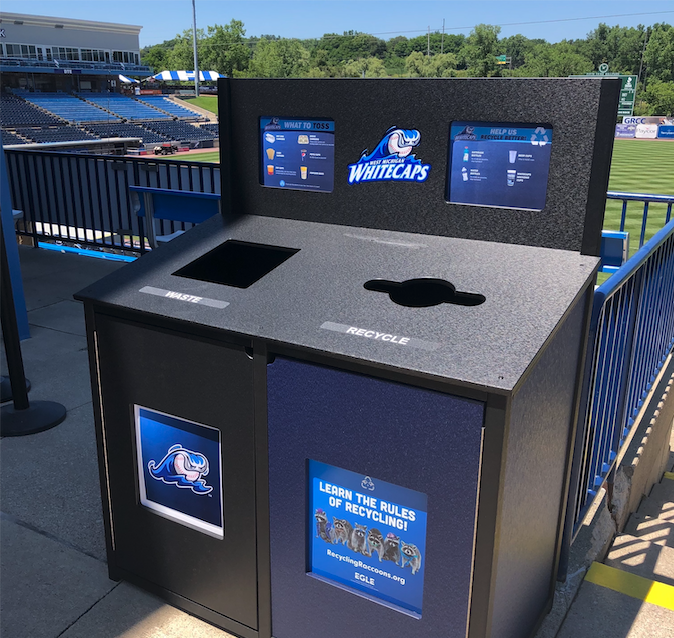 Recycling at the Ballpark

This story was originally published by eightWest for woodtv.com/eightwest.

We all want to help keep our earth clean, and one way we do that is by recycling. As we know, there are many things that are considered recyclables, but there also a lot of common mistakes that people make!

The Michigan Department of Environment, Great Lakes and Energy has kicked-off a campaign to inform people across the state to “Know It Before You Throw It“ and they’re collaborating with Fifth Third Ballpark to educate everyone.

The state’s recycling campaign provides the perfect opportunity to better our recycling efforts at Fifth Third Ballpark, but also reminds us how we can improve our practices in our homes.

There are many reminders around the ballpark, bins that are made from post-consumer recycled materials, the billboard with information at the park, and also signage throughout the park that make it easy to decide what you can and can’t recycle.