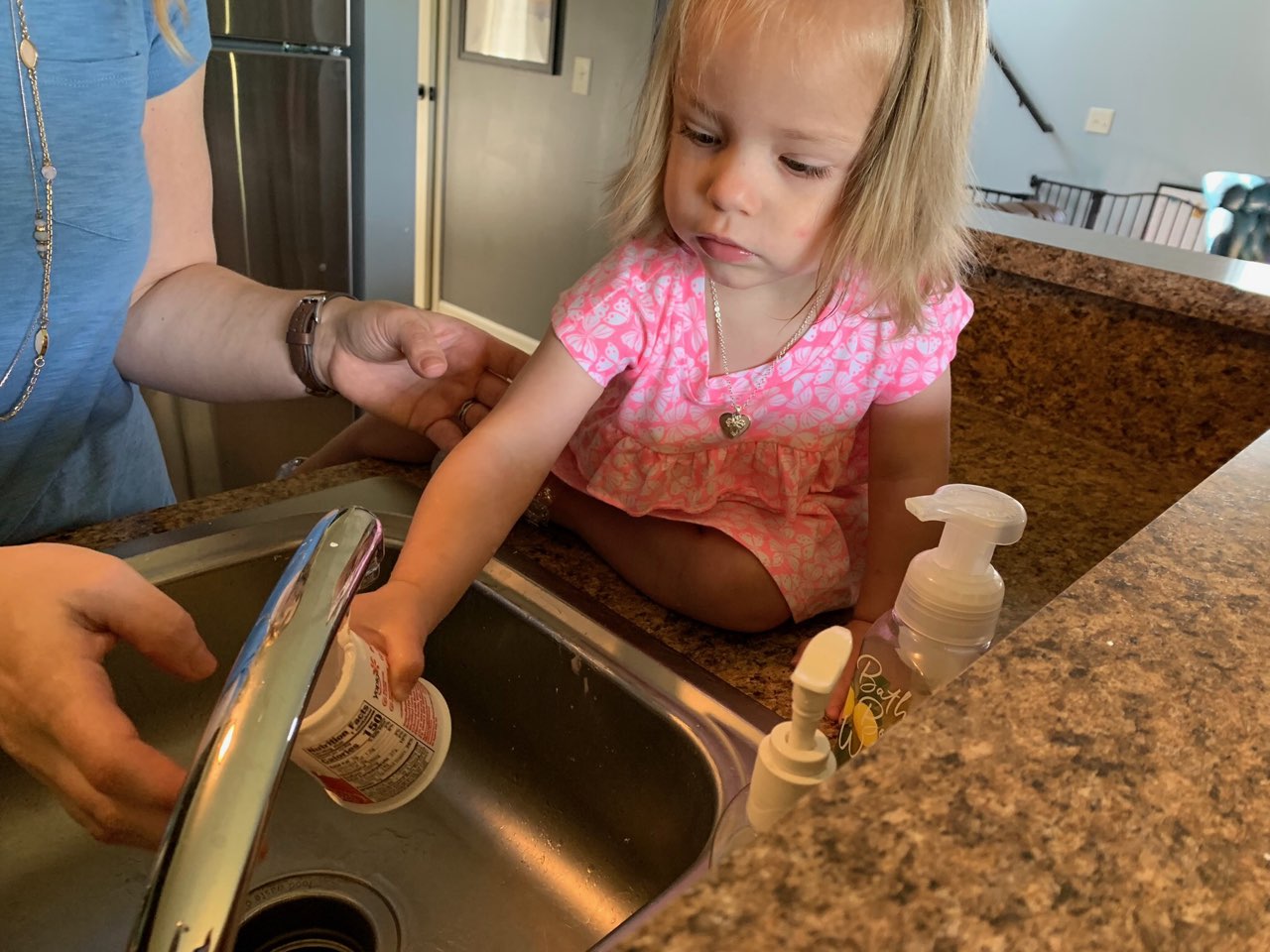 Confused about recycling? Talk to the Raccoon Squad

Celine and Joe Sommerdyke are determined to help save the planet.

But hectic days spent shuttling between work and taking care of their one-year old daughter mean that recycling do’s and don’ts are among the last things the Comstock Park family has time to think about.

“Recycling is important to us, but the rules are confusing. Half the time we’re not even sure we’re doing it right,” Celine said.

Many Michiganders are confused about what can – and cannot – be recycled and how to do it correctly.

That’s why the Michigan Department of Environment, Great Lakes, and Energy (EGLE) has launched Know It Before You Throw It, a first-of-its-kind statewide education campaign aimed to promote cleaner recycling practices and double Michigan’s recycling rate by 2025.

“Michiganders believe in recycling and want to support it, but many of us don’t know how to do it properly,” said EGLE Director Liesl Clark. “We just need a helping hand.”

Or how about a helping paw?

EGLE has created the all-new Recycling Raccoon Squad to serve as its education ambassadors across the state. The six-member squad is a team of recycling experts, each with a specialty and a personality that reflects its focus: plastic, cardboard, metal, paper, glass and everything else.

Characters Nyla P. Lastic, Gladys Glass, Precious Metale, Carlos Cardboard, Paper MacKay and Frank are all featured on a new website – RecyclingRaccoons.org – and have their own social channels to share their expertise and help well-meaning families like the Sommerdykes avoid contaminating the entire recycling bin.

“These fun raccoon characters will share the simple rules about recycling in an entertaining, easy-to-remember way that all of us can learn from,” Clark said.

Michigan’s current 15% recycling rate is the lowest in the Great Lakes region and ranks among the nation’s lowest.

EGLE’s campaign incorporates recommendations from a recycling council that included industry experts, processors, retailers, bottlers and environmental advocates. They were tasked with designing a blueprint to develop the state’s next generation of recycling infrastructure while doubling Michigan’s recycling rate to 30% by 2025 – and ultimately reaching 45% annually.

The Know It Before You Throw It campaign is launching as communities across Michigan and the U.S. are struggling with international market shifts, resulting in higher costs for some local governments that fail to meet new industrywide cleanliness standards for recyclable materials.

One of the most important things EGLE and the Recycling Raccoon Squad want Michiganders to know is that sometimes well-intended efforts to recycle as much as possible can end up contaminating the entire bin. Greasy pizza boxes, for example, are a big recycling no-no.

“Oil that’s soaked into pizza boxes can’t be separated from the cardboard fibers during processing, ruining what otherwise would have been a good batch of paper fibers ready for reuse,” Clark said.

If that batch ends up being made into recycled paper, the product will be of poor quality, containing spots and holes. And food residue left in cans and jars may not allow proper processing of those items, meaning those, too, would be considered garbage, not usable recyclables.

Knowing what and how to recycle – and which items to just throw out – can be confusing because some rules vary by location. Furthermore, over time, recycling requirements and conditions often change. There are, however, a few basic rules that apply everywhere, all the time:

Another problem is “wish-cycling” – where people aren’t sure if an item is recyclable, but they throw it in the recycling bin anyway rather than the recommended practice of depositing it in the garbage.

“One of the keys to achieving our recycling goals is consistent and persistent education,” said Kerrin O’Brien, executive director of the Michigan Recycling Coalition “By encouraging people to focus on the basics of their local recycling program and think about what they’re recycling before they toss it, we can improve our environment and create new economic opportunities in Michigan.”

To learn more about the rules and the reasons behind them – and to meet the Recycling Raccoon Squad – visit RecyclingRaccoons.org.