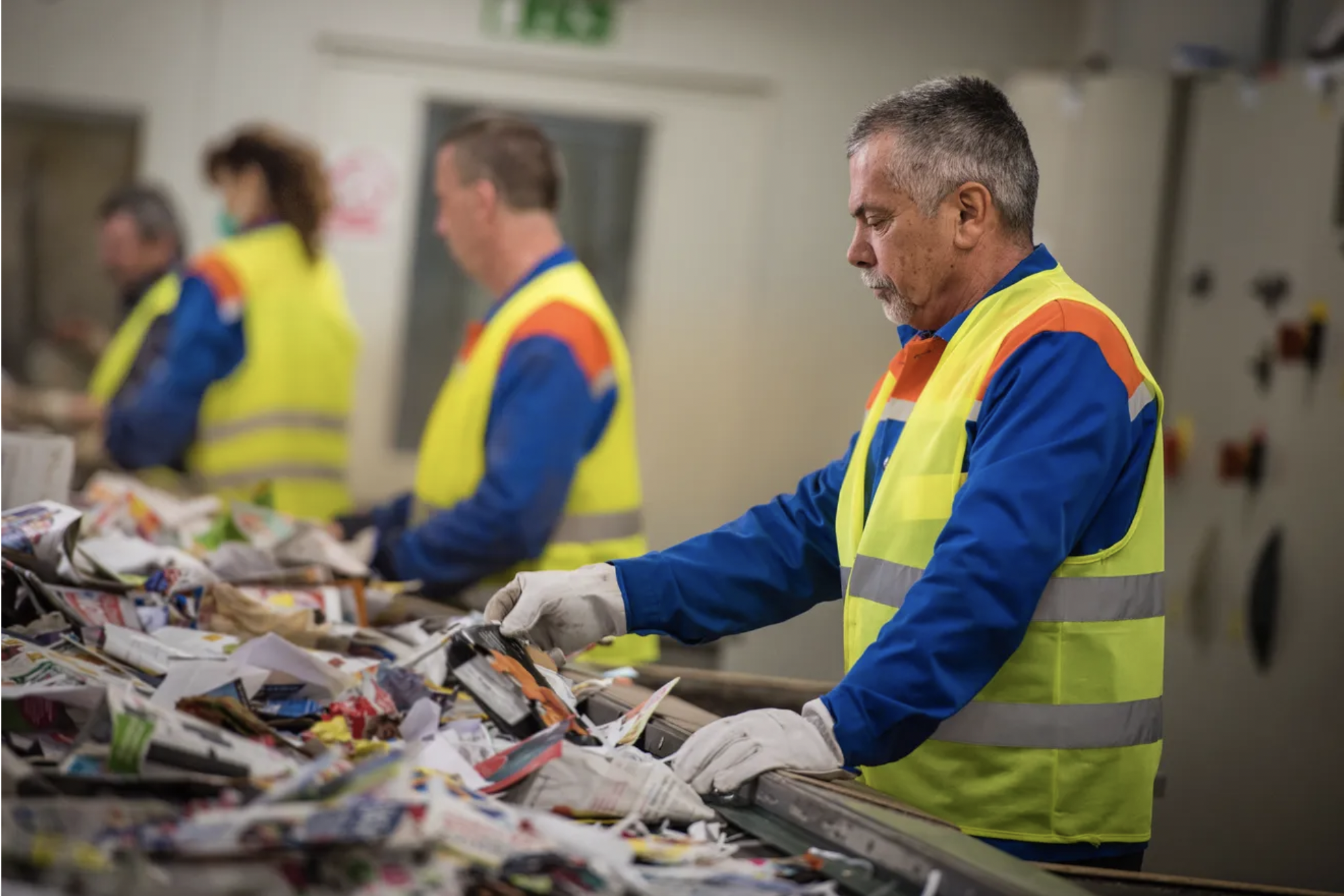 Proper recycling practices — as encouraged by the Michigan Department of Environment, Great Lakes, and Energy (EGLE) through its “Know It Before You Throw It” education campaign — are not only good for the environment and economy.

They’re also important for the safety of people who work at any materials recovery facility (MRF) throughout the state where items placed in recycling bins are sorted.

“Safety is huge here — it’s our No. 1 concern, and it’s our No. 1 problem,” Van Benten said as he sorted through a box of potentially dangerous items that were pulled from the MRF’s conveyor line, including a bladed instrument, scissors and a cellphone.

“These are the kinds of things we don’t want to see,” he said. “There are homes for these, but your local recycling bin is not it.”

The dangers posed by sharp objects such as blades and scissors are obvious — they can injure workers who are sorting items moving down the MRF’s conveyor line. They’re particularly troublesome because they’re often hidden among material such as paper and plastic, Van Benten said.

Electronic devices such as cellphones and old laptops are a no-no because they’re powered by lithium-ion batteries, which can explode when crushed or shaken.

“We’ve had explosions and fires here caused by things like this,” Van Benten said. “We’d like to have the message out there … this is not how you deal with that. Please, do it the right way.”

Information on proper disposal of hazardous waste is available on the EGLE website.

Check out the accompanying video for more advice from Van Benten on how to help keep recycling workers safe.