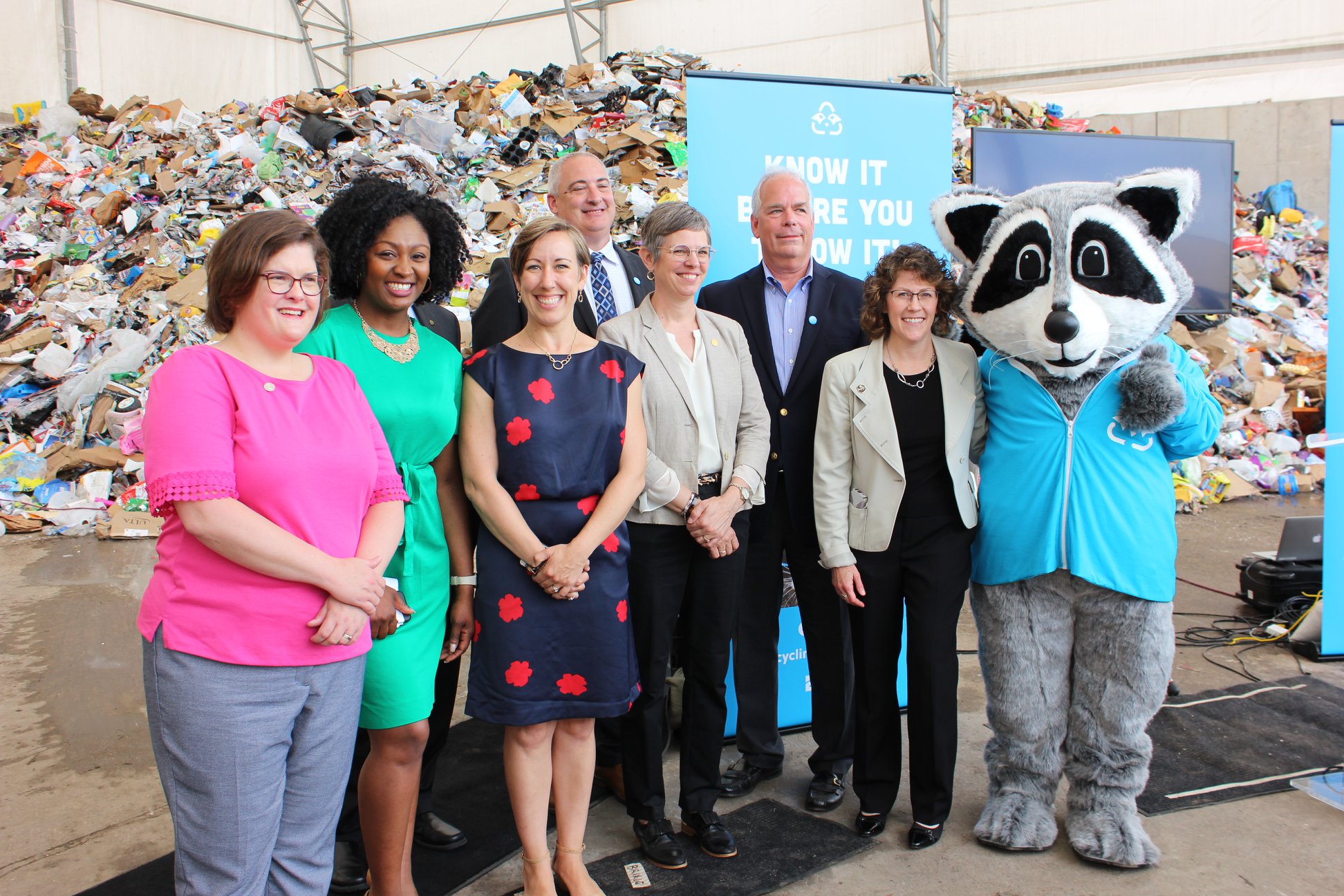 The Michigan Department of Environment, Great Lakes, and Energy today announced the launch of Know It Before You Throw It, a first-ever statewide education campaign to better inform Michiganders on what can – and cannot – be recycled and how to recycle correctly.

EGLE’s goal is to promote awareness of cleaner recycling practices to reduce the amount of contaminated materials improperly going into recycling bins. The state also wants to double Michigan’s recycling rate to 30% by 2025 and ultimately reach 45% annually. Michigan’s current 15% recycling rate is the lowest in the Great Lakes region and ranks among the nation’s lowest.

The Know It Before You Throw It campaign launches as communities across Michigan and the U.S. are struggling with international market shifts, resulting in higher costs for some local governments that fail to meet new industrywide cleanliness standards for recyclable materials.

“We want to inform and inspire more people than ever before in Michigan about how to recycle better,” said EGLE’s Materials Management Division Director Jack Schinderle. “This campaign is a first of its kind for Michigan that offers multiple benefits. Increasing recycling and improving the quality of materials we’re recycling saves energy, reduces water use, decreases greenhouse gases, conserves resources and translates into local jobs.”

“We thank Gov. Whitmer, the Michigan Legislature and EGLE for their leadership and for working together to develop a strategy that will help improve and sustain Michigan’s environment now and throughout the 21st century,” Meadows said.

Recycling in Michigan is receiving a major boost as state legislators in an overwhelmingly bipartisan move have increased EGLE’s funding for recycling from $2 million last year to $15 million in 2019. The extra funds will support development of recycling markets, increase access to recycling opportunities and reinforce planning efforts to grow recycling at the local level.

“What’s really great about EGLE’s campaign is that we’ve spent the past decade or more stressing the importance of putting more resources into recycling education and supporting local communities’ programs,” Hertel said. “Michigan is now putting words into action.”

To kick off the campaign, EGLE introduced the Michigan Recycling Raccoon Squad, a six-member team of recycling champions who will serve as EGLE’s education ambassadors. EGLE-commissioned research shows that education is key for residents to learn how to properly recycle. For example:

“Some of the material being disposed of through landfills and incinerators could be recycled or composted in most metropolitan communities without great difficulty,” Kendall said.

Michigan recycles more than 90% of bottles and cans, but bottles and cans represent only 2% of all the waste Michiganders recycle every year. Almost 53% of the state’s municipal solid waste goes to landfills instead of recycling facilities. Lansing and East Lansing, for example, recycle nearly 7,500 tons of waste annually. While the cities have a relatively low contamination rate of 8%-10%, that number is on the rise, according to data provided by both municipalities.

“By encouraging people to focus on the basics and think about what they’re recycling before they toss it, we can improve our environment and build stronger communities,” Harkins said.

Five decades have passed since Michigan’s historic accomplishment with the bottle deposit legislation earned the state national recognition as an environmental champion.

“Over that time, Michigan has gotten complacent,” said O’Brien. “We can – and must – become America’s leaders again in recycling. The EGLE campaign is a tremendous opportunity for Michigan to advance to the next level of performance in protecting our environment.”

More information about the Know It Before You Throw It campaign is available at RecyclingRaccoons.org.

To stay up to date on other EGLE news, follow us at Michigan.gov/MIEnvironment.